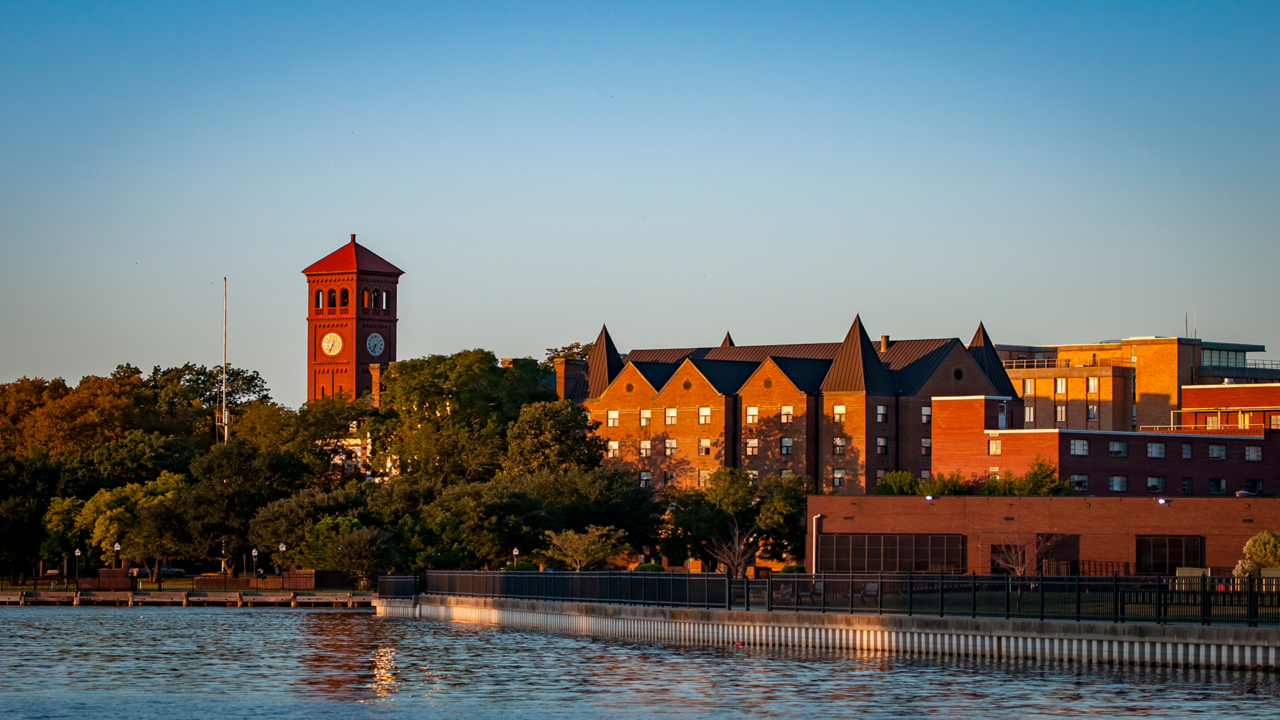 Situated on 204 acres on the shore of the scenic Hampton River, Hampton University opened in 1868 as the Hampton Normal and Agricultural Institute. Its mission was the education of thousands of newly freed Southern slaves. Under the leadership of Brigadier General Samuel Chapman Armstrong, former superintendent of the Hampton area Freedman’s Bureau, the school trained and provided African Americans with manual and academic skills. Using $19,000 acquired from the American Missionary Association, the school opened with two teachers and 15 pupils with Armstrong as principal.

Armstrong’s philosophy emphasized the training of the head, the hands, and the heart. Upon graduation, many students shared their knowledge, teaching in communities throughout the South. For example, Booker T. Washington graduated from Hampton Normal & Agricultural Institute in 1875. He later applied the institute’s philosophies as founder of the Tuskegee Institute.

The students contributed to the construction of several campus buildings and many Hampton homes. Students made bricks and provided labor. The Hampton Singers, students of the university, performed throughout the MidAtlantic raising funds for campus construction.

By 1878, in an agreement with the federal government, the Hampton Normal and Agricultural Institute extended its innovative education program to include Native Americans. Seventeen young captives of the 1873 Indian Wars arrived from Kiowa and Cheyenne reservations. The university program, supported by the federal government, served as an effort to assimilate the students into mainstream society. The program drew an additional 1,300 members of more than 65 tribes to Hampton over the years, until it ended in 1923.

The school’s name was changed to Hampton Institute in 1930 and Hampton University in 1984.