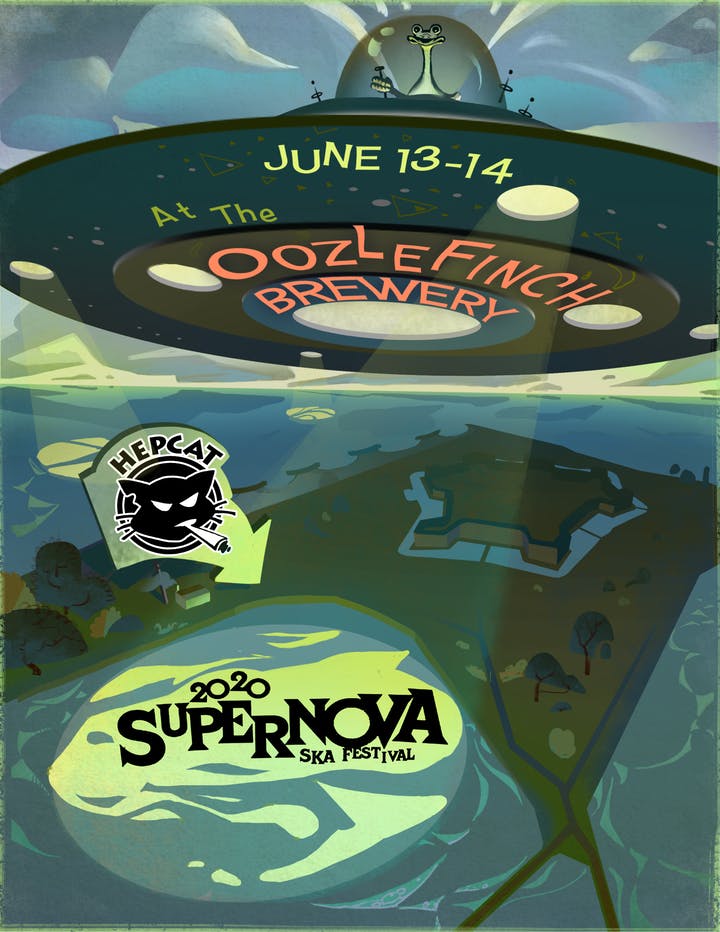 The Supernova International Ska Festival is proud to announce that for 2020, we are bringing Hepcat back to the East Coast for the first time in 20 years! We have also announced the addition of Jamaica’s own legends The Skatalites Band, Cherry Poppin’ Daddies, The Planet Smashers from Canada, The Pietasters, Mustard Plug, The Toasters, Bim Skala Bim Music, Chris Murray, Droogs Don’t Run (original members of The Skoidats, Inspecter 7, and Hub City Stompers), Mephiskapheles, Adam Flymo Birch & The Vershons, Eastern Standard Time, El Salvador’s ADHESIVO, The Big Takeover, The Skapones, Matamoska, Sammy Kay and the Fast Four, The Scotch Bonnets, Stop The PressesJ. Navarro & the Traitors, The Loving Paupers, Catbite, Thirteen Towers, BowCat and Some Ska Band!

Our festival will take place at the The Oozlefinch Craft Brewery at historic Fort Monroe on the banks of the Chesapeake Bay. The brewery is on the water and public beaches are a block away.