Clowning Around with Avner the Eccentric 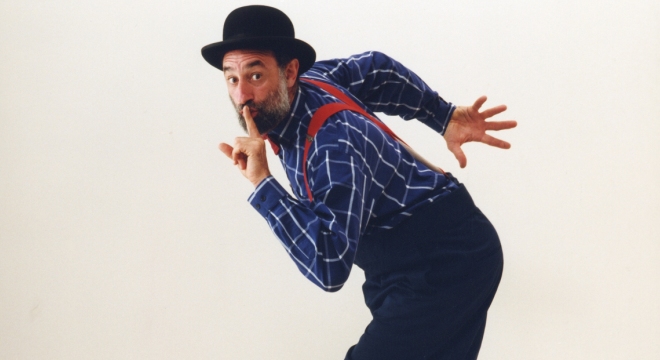 If anyone ever told Avner the Eccentric to stop clowning around, he didn’t listen! From Broadway to abroad, the comedian delivers laughs for the entire family. His latest show, Exceptions to Gravity, defies the barriers of language and culture — once again, breaking new ground as a master of physical comedy.

In addition to a busy performance schedule, Avner has taught clowning and “eccentric performing” throughout the U.S. and Europe (not counting that arrest in Paris for “buffoonery”!). An inductee into the International Clown Hall of Fame, Avner is highly regarded as one of the greatest physical performers of our time.