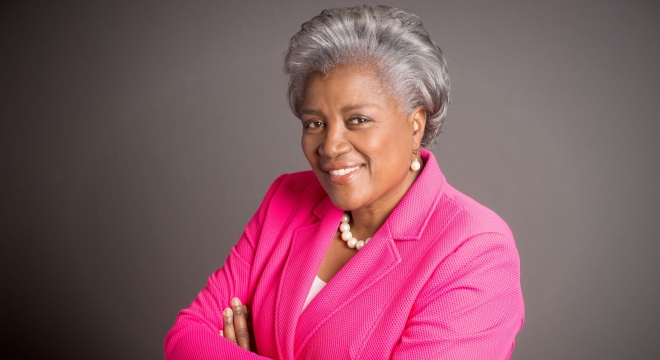 Want to hear how Washington works from someone who’s been on the inside? Don’t miss an evening with veteran political strategist Donna Brazile, former Chair of the Democratic National Committee and author of the New York Times bestseller Hacks: The Inside Story of the Break-Ins and Breakdowns That Put Donald Trump in the White House.

Brazile has devoted her life to working for progressive change and has worked on every major presidential campaign since 1976. In 2000, she became the first African American woman to serve as the manager of a major party presidential campaign, running the campaign of former Vice President Al Gore. In addition to countless awards and ten honorary doctorate degrees, Brazile has made cameo appearances as an actress, appearing on The Good Wife and BET’s Being Mary Jane. Ask her and she’ll tell you that acting, after all, is the key to success in politics!