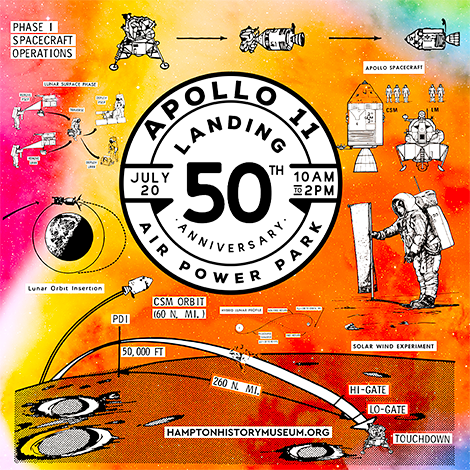 Be among the first to see the fully restored “Little Joe” rocket that played a key role in testing systems for the Moon mission. This unlaunched rocket is the only remaining example of the type used in eight launches from 1959–1960 from Wallops Island, Virginia to test the escape systems and heat shield for Project Mercury capsules. Restoration of this iconic spacecraft and the smaller “Corporal” rocket, are among the first improvements to the park. Learn more about the work being done, and the exciting plans that lie ahead to revitalize Air Power Park.

Groove to music from the 1960s while enjoy hands-on activities, interactive programs and historical displays surrounded by vintage 1950s and 1960s planes, jets, rockets and the park’s retromodern geodesic dome housing model aircraft and space vehicles. Get a kick out of shooting off a stomp rocket, and challenge your friends.